Bitcoin and Ethereum are bouncing higher after this week’s strong correction to the downside of 9% and 14%, respectively. The price of ETH, in particular, has bounced to $395 from the local $380 lows.

Although a full-blown reversal is not yet in order due to the nascency of this move, analysts are starting to come around on Ethereum. One historically accurate analyst, in fact, believes ETH will soon reach $500 as bulls reassert control of the cryptocurrency market.

Seeing that Ethereum has actually been leading the crypto market over recent weeks, the asset moving to $500 could allow Bitcoin to extend towards $13,000-14,000.

The trader who predicted that Bitcoin would bottom at $3,200 six months before it did during 2018’s bear market is now bullish on Ethereum.

He shared the chart below on August 22nd, noting that ETH has formed a “potential ABC” as per Elliot Wave. Elliot Wave is a form of technical analysis that suggests that markets move in predictable waves due to investor psychology.

This ABC could lead to a move towards $490, the trader said.

“potential abc complete on $eth 4h. can see a nice backtest of triangle breakout and would not be surprised to see a new high from here while everyone is now bearish. still hands down the strongest of the majors in my opinion,” the trader who shared the chart below said in reference to the potential move towards around $500. 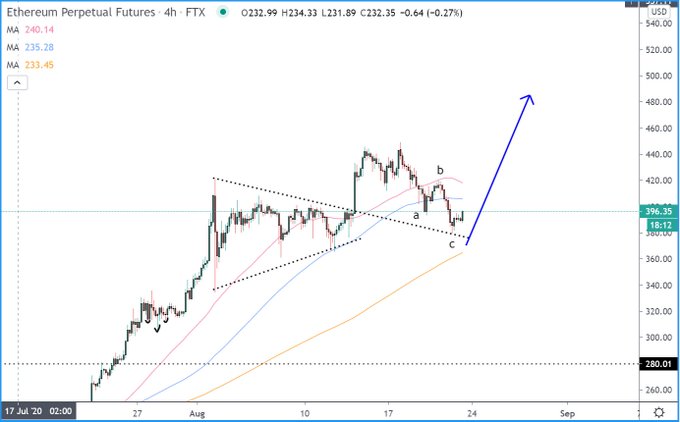 Chart of ETH’s price action over the past few weeks with an analysis by crypto trader “SmartContracter” (Twitter handle). Chart from TradingView.com

The same trader who shared the Ethereum analysis above is also optimistic about the prospects of Bitcoin.

Referencing the chart below, which the analyst said shows BTC is “bang average,” he remarked:

“$btc is looking pretty bang average here, this is still my core scenario and the good news is there’s a lot of support at 11.3k and 11k, these are areas I will be buying, I do not think this run is over yet, however, there are probably still some breakout buyers yet to be shaken out.” 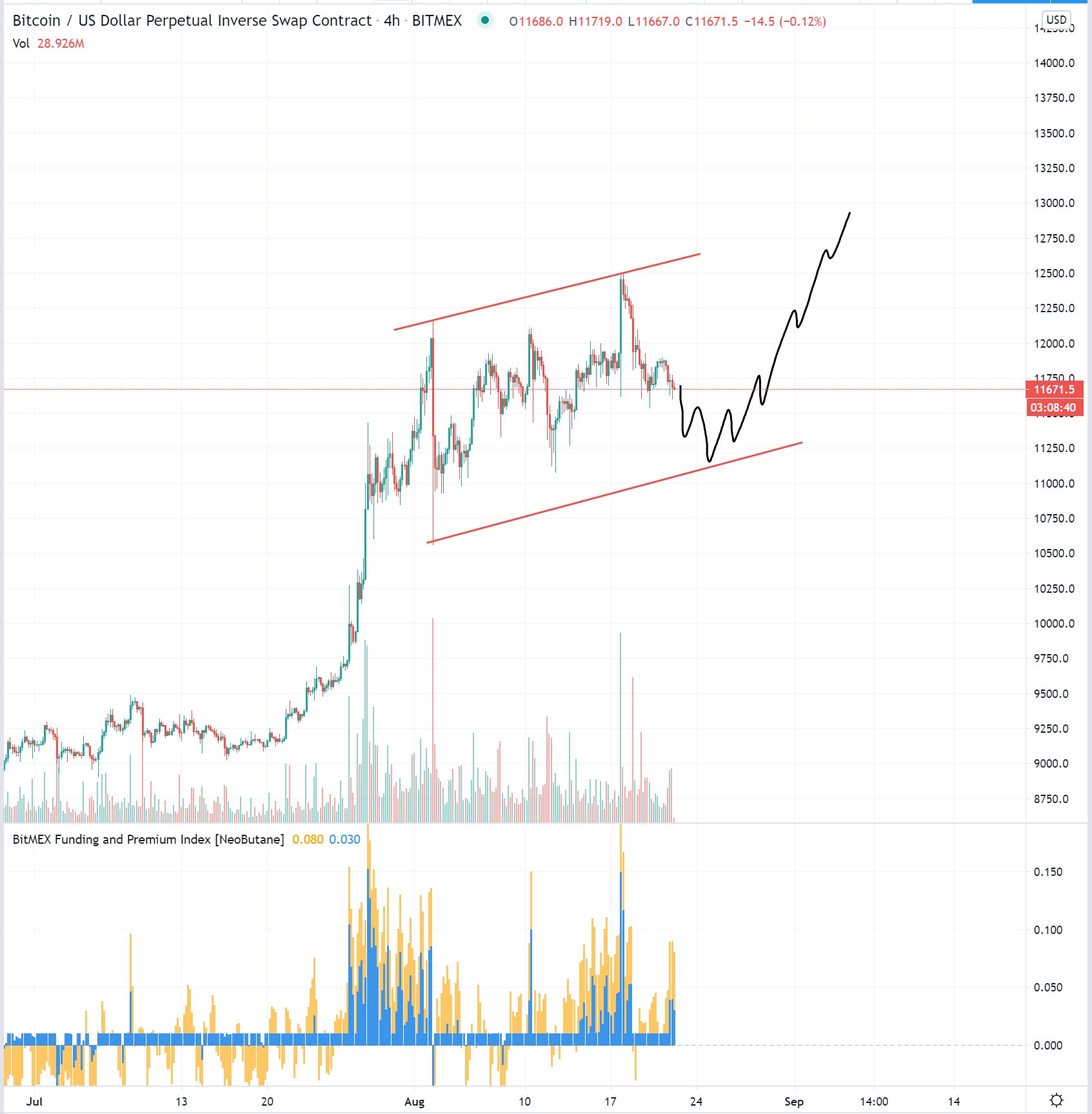 Chart of BTC’s price action over the past few weeks with an analysis by crypto trader “SmartContracter” (Twitter handle). Chart from TradingView.com

In the longer run, this analyst expects Bitcoin to move towards the pivotal $14,000 resistance,. then towards the $20,000 all-time high. He believes that this scenario aligns with the macro Elliot Wave setup.